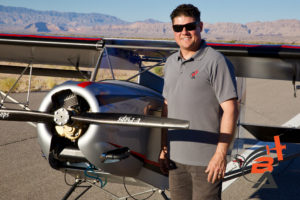 Chris is a loving father of three beautiful children. Him and Brande married in 2003.  He worked in the dealership collision repair industry for practically his entire life and 20 years professionally.  He held nearly every position the industry had to offer and received countless certificates, training credits, and recognitions.  In 2014 Chris switched his career into Law enforcement and currently enjoys riding a Harley Davidson all day, seeking shady spots to run radar in school zones, and writing tickets.  He loves his job, loves being a part of the community, and has a passion for helping others. Chris also loves anything with an engine, be it in the sand, on the trail, in the water, on a track, and especially in air, count him in. He has always been a thrill seeker but ever since his first demo flight with Dan “Taz” Christman at Airworks Las Vegas, he’s had a passion for aviation that is unstoppable. He is more than excited to be a part of making your dreams come true and bringing you into the amazing world of aviation!